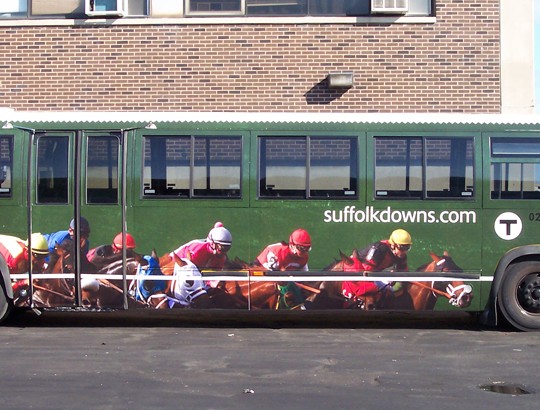 Billboard Connection assisted Suffolk Downs Raceway with an Outdoor Advertising campaign to promote the MassCap Race in October (held annually since 1935). The goal of the campaign was additionally used for general branding purposes. The Marketing Department from Suffolk Downs wanted to reach the Metro-North area of Boston with a non-traditional, alternative, Out-of-Home ad campaign. We suggested “wrapping” two MBTA buses that operated daily in the Boston Metro-North communities. The ad campaign was considered a “hit” and helped to generate a significant increase in attendance for the MassCap Race.