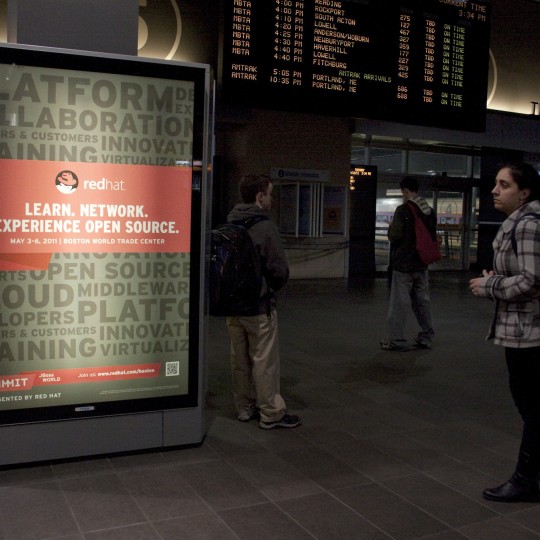 We were contacted by Red Hat Software (Open Source) inquiring about Out-of-Home advertising options for their 2011 Summit at the Boston World Trade Center. After a thorough review, Backlit Directories at the two largest rail stations in Boston were selected (North & South Station). A QR Code was incorporated into the creative allowing viewers to open the website registration page with their smartphones. Red Hat analyzed the data and determined that the ad campaign was successful in bringing a significant number of new attendees to the summit.