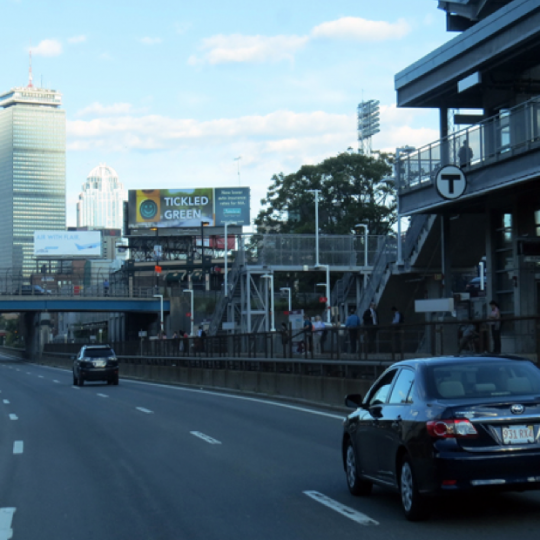 Billboard Connection helped Amica Insurance Company identify and secure high-profile billboard locations in Boston (Mass Pike and I-93) for an outdoor ad campaign promoting lower auto insurance rates in MA beginning Sept., 2014.  This static 14′ x 48′ bulletin is seen by over 120,000 drivers daily on the Mass Pike eastbound as well as Brookline Avenue.  The board is also seen by thousands of Boston Red Sox fans during game days as this billboard is around the corner from Fenway Park.