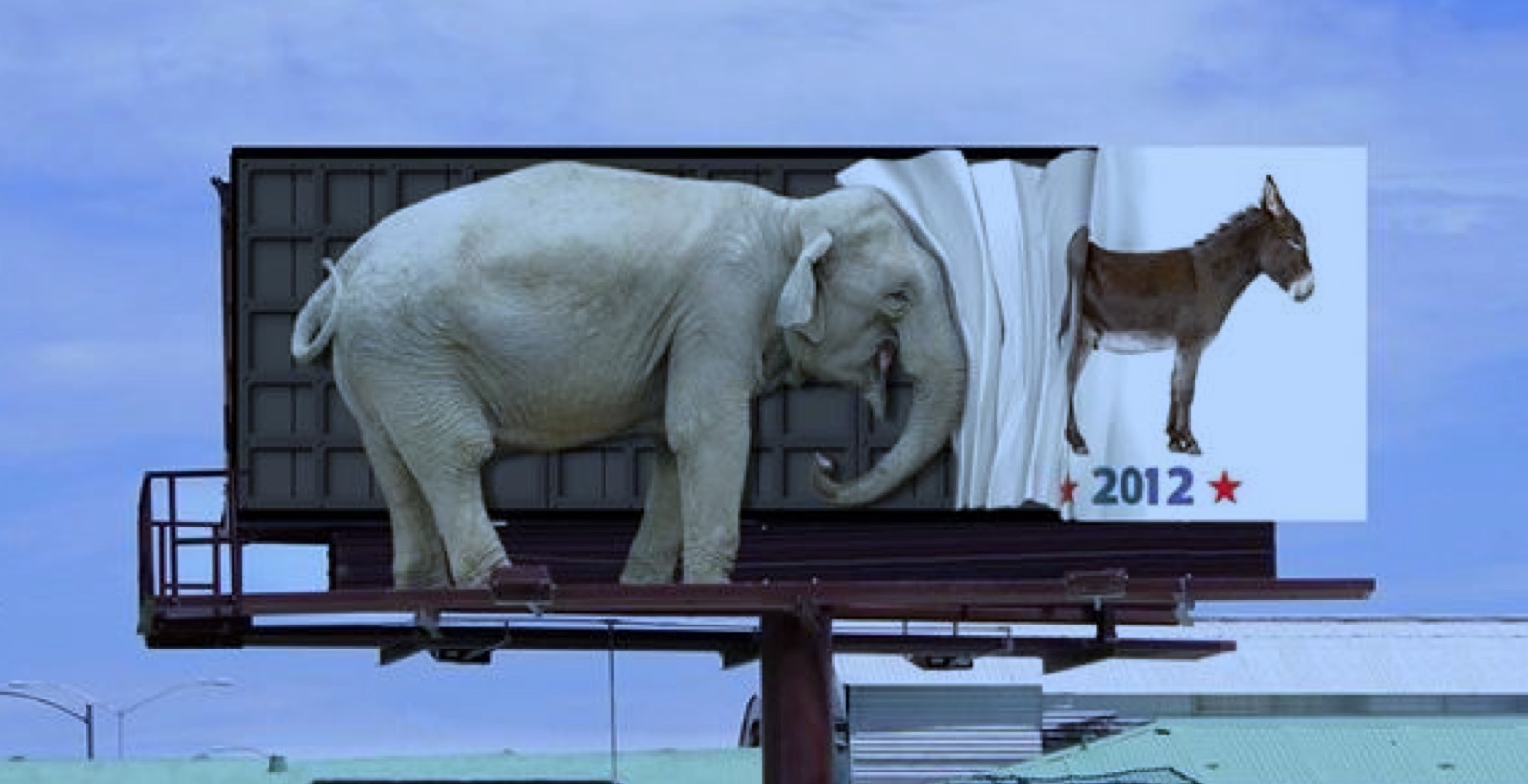 17 May 2016 / by Billboard Connection / in Political Advertising

In today’s campaign world, political advertising is the key to winning, no matter if it is a Presidential race at the federal level or a state or local race for governor, mayor or school board president.

Out-of-Home (OOH) advertising has played critical roles over the years in local, state and national contests.

With an increasing number of politicians, advocates and third-party groups flooding a never-ending election cycle, political players are turning to an old-school solution to avoid the clutter and expense of TV advertising: the billboard.

In 2012, Mitt Romney’s campaign used digital billboards in states like Florida and Colorado, typically to coincide with Obama campaign rallies. When the president visited Orlando in early August, Romney welcomed him courtesy of a digital billboard featuring Lou Ramos, owner of the Tampa-based business Value Enterprise Solutions, Inc., and the then-popular line on the stump, “Mr. President, I built my business.”

Generally, political campaigns like attention. Billboards and other outdoor formats can generate press attention, known in political parlance as “free press” or “earned media,” as opposed to paid media.

Website addresses on billboards and other OOH media are increasingly important in politics for fundraising, grassroots organizing, and distribution of information. Political campaigns are time-limited, and look for effective ways to quickly brand their websites and drive web traffic. Further, candidates use outdoor to increase their name identification with voters, and to introduce themselves in new areas after district lines have been re-drawn.

Political advertising accounted for over $14 million in Out-of-Home ad spend in 2014 alone, and totaled $54 million over the last five years.

This is especially true for local races in which geographic targeting can provide strategic impact with voters. Outdoor Advertising connects with local voters as highlighted in the Arbitron OOH advertising study.

Among adults who have viewed an Out-of-Home ad in the past month:

The Outdoor Advertising Association of America, citing an analysis of Kantar Media data, says political ad spending on outdoor advertising grew 13.3% between the 2009-2010 election cycle and the 2011-2012 cycle.

Walker Jacobs, president of sales for Clear Channel Outdoor, said his company has high expectations this election year. Mr. Jacobs said billboard advertising was usually used largely by local candidates for office. But now it’s becoming popular in congressional and statewide races. “All of the early signals show this is going to be of significant interest in this campaign cycle,” Mr. Jacobs said.

The strength of OOH advertising in creating awareness, along with the ability to target specific demographic groups makes Out-of-Home Advertising a logical choice for political advertising.